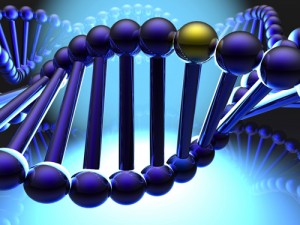 Yet another study has come out that suggests your body itself may help you be a better person, while, at the same time, you can help your body by being a better person. It’s a partnership! In The Constant Choice, I suggest that the science of epigenetics has been hinting how good behavior can actually shape the way your genes operate. Habitual choices eventually turn certain switches off and on within the controlling part of a gene, silencing certain parts of a person’s DNA while turning other parts on—making it easier to perform that shaping behavior in the future. Long story short: be good long enough and it becomes second nature to be good.

Now, along comes new research that offers similar good news, from another angle. Recently, The New York Times reported that our body will reward us, at the genetic level, if we’re unselfish. And vice versa, of course, the give the devil his due.  The article points to a study from the University of North Carolina and the University of California which required 80 volunteers to rank how satisfied they felt with their lives. The study followed up by taking a blood sample from each participant and analyzing the sample’s white blood cells. They were looking for what’s called “gene-expression profiles” inside these cells.

Gene expression is the complex process by which genes direct the production of proteins. These proteins jump-start other processes, which in the case of white blood cells control much of the body’s immune response.

You get the idea. Certain kinds of happiness were found to be linked to different profiles: people whose happiness depended on pleasure had genes that promoted inflammation throughout the body. Inflammation is a culprit or contributor to many illnesses: cancer, diabetes, cardiovascular disease and even dementia. Generally the less inflammation, the better. Those whose happiness was other-directed, had gene expressions that promoted antibody production, to fight off infections.

The volunteers whose happiness was more eudaemonic, or based on a sense of higher purpose and service to others — a small minority of the overall group — had profiles that displayed augmented levels of antibody-producing gene expression and lower levels of the pro-inflammatory expression.

In the article, Steven Cole, professor medicine at UCLA is quoted as saying our genes can tell if we have a purpose-driven life or a shallower one, even when we are consciously unaware of the distinction ourselves. “Every volunteer in the study displayed elements of both hedonic and eudaemonic well-being,” the Times reports. “Some people simply had more of one or the other.”

And, he adds, purpose is an elastic concept, not necessarily requiring renunciation but only that “you think first of someone else” or “have a goal greater” than your immediate gratification. Being a parent, participating in the creative arts or even taking up exercise so that you can live to see your grandchildren may ease you toward eudaemonia, he says. It may even be that this will enable your genes to respond more favorably to how you’re conducting your life.

Our bodies know us better than we know ourselves. Like Santa Clause, your body knows if you’ve been bad or good, so . . .