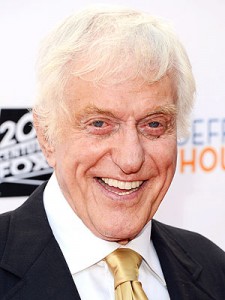 Anyone who watched television in the 60s, or played catch-up by watching Nick at Nite decades later, will know that Dick Van Dyke is a classic comedian. Aside from maybe Walter Cronkite, he and Mary Tyler Moore became the most familiar and trusted presence on American television. Half a century later, The Dick Van Dyke Show remains a watermark of quality TV. Van Dyke’s popularity sprang not only from his comic talent, but from the benevolence he infused into all of his performances, both on the tube and in the movies. His popularity was so extraordinary that once, during his visit to Windsor Castle in the 60s, the Queen of England told him that she never missed an episode of The Dick Van Dyke Show. During a recent conversation with comic Kevin Pollak, Van Dyke opened up about his life, his struggle with and recovery from alcohol addiction, and—in a very modest way—he reflected on his own charitable activities. I wanted to pass along this conversation because it shows how vital Van Dyke remains in his 80s, thanks to the way he has lived his life. It’s also an inspiring account of a wonderful organization in Los Angeles, Midnight Mission, devoted to those struggling with addiction and others who have lost their way. It’s a great glimpse into one man’s way of choosing the good.

Kevin Pollack: For over 20 years you’ve been volunteering at the Midnight Mission, L.A.’s downtown shelter for the troubled and homeless. Thanksgiving, Easter, Christmas and times in-between you’re down there lending a hand. How did that get started?

Van Dyke: Once my trouble with alcohol had been over for a few years, I went down there as kind of a volunteer on Thanksgiving to help serve. I found myself kind of table-hopping and at the door, greeting people, all these poor guys coming in. And all of a sudden I became the maitre d’.  So it’s been years and years now, I go down Thanksgiving, Christmas and Easter and I dance, I sing, I greet people at the door. It makes my holidays for me. They don’t just feed and clothe. They take people in, sober them up, educate them. They find them jobs. It’s not just a haven; they get people sober and back into society. It’s a role model for the rest of the country. The board of directors for that place, bank presidents and CEOs of corporations, every one of them walked out the door of that mission at one time or another. All successful and now on the board, running that place.

KP: Every member of the board?

DVD: Yes, all graduates. On the third floor, we have little apartments where, when a guy is sober and ready to go back out, they can stay in these apartments. They get a suit of clothes, they go out and go to work and come back. It’s a transitional thing until they’re on their feet. Kids come in there, they don’t know how to write a check or get a driver’s license. Sixteen, seventeen, eighteen years old, they’re already done, on cocaine.

KP: You’ve gone through your own struggle.

DVD: For me, I was shy, very backwards. I found a drink or two loosened me up. Then I was very outgoing. I suddenly realized I was drinking more than I wanted to. I never worked while drinking in my life, but I certainly worked with some bad hangovers. I have a stock answer now. Somebody asks do you want a drink, and I say, I’d like to, but I have to be somewhere in October.

The interview went on for much longer, and it was fascinating. But what came through most clearly was how making certain crucial choices can transform someone’s future. None of us are perfect throughout all our lives. A wise man said it’s not what happens to you that determines who you are, but how you respond to what happens to you that defines your character and your legacy. It does always come back to those constant choices we have to make.  Dick Van Dyke is a shining example of that.