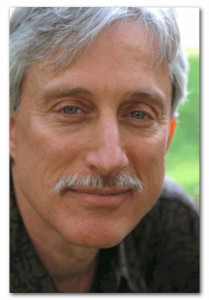 Not long ago, Dr. Michael Wayne talked with me about my experiences and my approach to them in The Constant Choice. You can watch the whole interview at his site. Here is a brief excerpt of our conversation, which pinpoints the way in which I resolved my years of questioning about evil—why do we do it, where does it come from, how can I have a faith when there is so much evil in the world? My resolution to these questions, as I describe in detail in the book, are offered in précis here:

(When I came to America, I realized that) evil had changed garb. It was still all around me, in corporate life and elsewhere. What outside force drives us to want to do these things to one another? I studied, read, got in touch with evolutionary biologists, asking how did we get this way? It had to be deep inside us. My hypothesis is a very simple one. I came up with a different version of original sin. It wasn’t biting an apple, it was, I concluded, millions of years of living in the plains among predators and we were good food—that’s where we learned ruthlessness and deviousness that enabled us to survive. As humans, today, as we learned to cope with the climate we started to hoard in order to survive, so greed and narcissism is very much a part of who we are. It’s in our neurological wiring. It’s was good at the time. We had to kill in order to survive. But in today’s world all those impulses are harmful. They’re insidious. They get in the way. Anathema to the gentle, loving people we would like to be—but those instincts have a way of getting in the way, particularly under stress. Particularly when pressured. But they aren’t automatic. We don’t have to behave that way. We have a choice. We can choose to say no, I’m not going to respond in kind when someone attacks us. That understanding liberated me.  I felt liberated by the understanding that I have a choice. I can choose to act in a negative, mean-spirited way or I can choose the good. That was a really powerful insight. As I got a little older, I decided I have to, not just intellectually, but emotionally, become that kind of a person. I fail a lot, but I wake up the next morning and try to do better. Try to learn why, not only with big things, but why didn’t I help that person who needed a lift in their life, at a moment of crisis in their lives. I didn’t stop to say how can I help? I don’t mean being Mother Theresa. But in our lives, in our families, we can make a difference.

GS: So your book is not just a memoir, but is also your reflection on all this? How would you define that title, The Constant Choice?

I think it’s important to look at life not just by the mega-events, but every single day we make dozens and dozens of decisions. The idea of the constant choice is that the ability to choose the good has to be a constant minute-by-minute deliberation. If you carry those mundane tasks with thoughtfulness and consideration for the other, that’s the key. The ability to transcend oneself and put yourself in the other’s position. Whoever that is. There’s always another. I’ve never seen anybody who just says, I’m going to be happy. Happiness only comes when you do something good for somebody else, even at the sacrifice of something in yourself. You get fulfillment and joy when you are able to help another human being. If I know where the other person comes from, if I know there lies within us this compassion and this force for  goodness, and rely on that through faith, then that’s the choice I can make again and again. I’m just an average Joe, a human being, who can make a choice, and try.