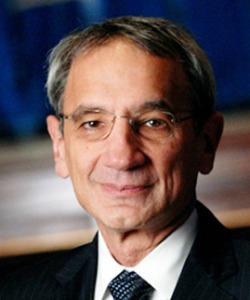 Although I was raised a Christian, I have increasingly come to respect and learn from the traditions, wisdom and practice of other faiths. Recently, I was given a sermon by Senior Rabbi Peter J. Rubinstein at the Central Synagogue in midtown Manhattan. (He stepped down from his post as senior rabbi in June). It’s one of the largest Jewish congregations in North America and the largest in New York City. It was given during the Jewish High Holiday of Rosh Hashanah. As it turns out, the sermon was perfectly timed: it’s very special. Entitled “Choosing Your Legacy,” it was just as much about the past as it was about the future. He spoke about the practice of writing an “ethical will”: a statement that passes along your aspirations and ideals for your children and grandchildren. He spoke in compelling, eloquent terms about the need to do a fearless self-appraisal of one’s own moral weakness.

This strikes me as one of the most pertinent sermons anyone could give right now. From all sides, we’re beset with faces and voices of such utter certainty now. In politics it’s especially common. Pick any issue — gun control, immigration, the national debt, health care — and nearly all you hear are strident assertions from one side that nearly always include implications of moral compromise about those on the other side of the issue. The opponents aren’t just misguided, in these assertions, they’re just bad people. Behind all this tribal rhetoric lies an illusory confidence about how good and right the speaker is when compared with his opponents — who don’t simply hold alternative views on how the world works, but are deeply compromised and dangerous as human beings. You know what I’m describing: It isn’t a civil debate with careful analysis of merit on both sides, but an ad hominem attack on the humanity of people who hold an opposing view. And the foundation for that kind of attack is a deep-rooted pride in the speaker’s own self-worth and moral rectitude. He or she knows exactly what is the right thing to do. He or she is a better person than his or her opponents. That’s the implication: You see it in facial expressions, in tones of voice, and in the kind of language used to denigrate others.

Rabbi Rubinstein’s very moving sermon urged the sort of awakening that would make this kind of rhetoric impossible. He asked the people in his congregation to make a fearless moral inventory of their own lives. To look at their past and honestly assess their mistakes, failures, moral lapses, crimes, misdemeanors, and cruelties. He said, “I have not read a single published ethical will which includes parents’ admission of their own wrong-doing, failures or faults or weaknesses. We find it so difficult to share the disturbing sides of our lives, whether with friends, our children or perhaps, especially, our spouses. Instead we wear the masks of strength, control, and unerring achievement. We want to appear perfect.”

He went on to say, “The wonderful thing about the Hebrew Bible is its unabashed and ongoing repetition of human fallibility. Within its core the Bible tells stories of great people doing terrible things, engaging in abysmally improper behavior and continuously missing the ethical high ground.”

He pulled story after story from the Bible as illustration: Abraham’s treatment of his wife and his children. Jacob’s plot to trick his father into stealing what belonged to his brother, Esau. The way Moses rejected his family to pursue his mission. King David’s murderous lust. “We know great people tarnish their ethical records with bad behavior, and mistakes for which they may eventually be ashamed. We need to be truth-tellers, at least to ourselves, if we are to change our ways.”

He quotes Kierkegaard: “There come a midnight hour when all people must unmask.” As Rabbi Rubinstein put it: “These days are the high midnight hour for us.”

I couldn’t agree more. This sort of attitude is what the world needs right now. The hardest thing in life is being able to see yourself and your own behavior clearly, without denial. Most of us assume that an admission of our own fallibility will lead to failure in situations that seem to demand confidence and certainty. The truth is, you can act effectively on your principles in a way that allows for other points of view and with a clear awareness of your own weaknesses and shortcomings. In fact, those who engage with others on that footing — who refer to themselves and their views in self-deprecating ways — will charm others more readily than those who present their views with a smug certainty that they’re right. If you’re constantly aware of your own failures and weaknesses, it’s impossible to judge others harshly: which means you’re better prepared to cooperate in social and work situations, form lasting friendships, and raise a family. And be willing to see the good sense in your opponent’s point of view.

All of this occurred to me while reading Rabbi Rubinstein’s sermon, and it was only the first of three major lessons in his talk. I smiled and nodded through the whole thing. I was thinking of half a dozen situations in the news, and among people I know, and in my own life, that this kind of fearless personal inventory would improve things considerably. I’m sure you can think immediately of situations, both in the news, and in your own life, where it would help for someone to face with humility his or her own lapses and shortcomings. It’s a path toward the actual truth about life, and anyone on that path is going to be far better equipped to do good than those of us still in denial about how we actually behave.