For a Better Brain, Sit Still 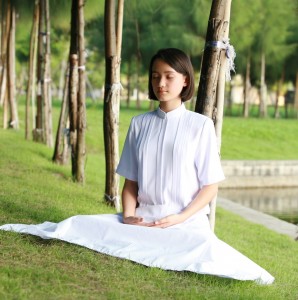 Studies have examined the brains of advanced meditators, defined as those with more than 10,000 hours of meditation experience, as well as novices, and even those who undergo intensive but short-term meditation training and practice. The results may be astonishing to some, though they simply confirm what I’ve always believed, that meditation is one of the best ways to safe-guard your physical and mental health. If done diligently and over a long period of time, it’s does to your brain something analogous to what a rigorous, formal athletic training program in a health club does for your body.

A recent Scientific American article offers a fascinating overview of this research. The article–one of the best available ways to get a quick overview of the last 15 years of scientific studies on meditation–explains that meditation generally falls into three categories: focused attention, mindfulness, and conscious compassion. The authors provide a clear explanation of how each of these three practices enhance the physical and behavioral state of the brain. The most impressive results have been observed in brains of those who have meditated many hours for many years: the ones who have put in Malcolm Gladwell’s 10,000 hour threshold for mastery of a skill. The authors say:

These studies . . . demonstrate that contemplative practices may have a substantive impact on biological processes critical for physical health. . . . and well-being.

With focused attention, a sitter attempts to keep his attention on one object of awareness, usually his or her breathing. With mindfulness, the meditator cultivates an impartial and non-reactive awareness of everything inside and outside the body and mind. Compassion meditation strengthens an attitude of love for all other beings.

Here are samples of the effects meditation has on the brain and its activities:

• Improved function at a physiological level, actually reducing inflammation and lowering stress hormone levels while doing something most people would find un-nerving, such as public speaking or solving puzzles in front of harsh, judgmental observers.

• Reduced activity in the amygdala–the center that drives fight-and-flight behavior.

• Relief from or elimination of clinical depression’s symptoms. Six months of mindfulness training, along with cognitive therapy, reduced the risk of relapse for depression patients by 40 percent during the year following onset of severe depression.

• Actual increase in the physical size of certain areas of the brain.

The authors talk about meditation’s effects on brain waves: “In a collaboration with expert Buddhist meditators at Wisconsin, we have studied the brain’s electrical activity using electroencephalography (EEG) during compassion meditation in which the meditators described the well-defined sense of self as becoming less fixed and permanent.

We found that these long-term Buddhist practitioners were able, at will, to sustain a particular EEG pattern. Specifically, it is called high-amplitude gamma-band oscillations and phase synchrony at between 25 and 42 hertz.”

I’ll have to trust them on the significance of those hertz figures, which look to me more like performance measures for a sub-woofer speaker. The ability to shape brain waves at will, though, is remarkable.

The authors then describe even more amazing results: “Eileen Luders of the University of California, Los Angeles, and her colleagues further observed differences in meditators in the fibers called axons that connect different brain regions, suggesting (that meditation enhances the) number of brain connections. This observation may support the hypothesis that meditation actually induces structural alterations in the brain.”

Finally, the authors say meditation can slow the aging process. Intensive mindfulness practice actually has epigenetic impact on the sitter’s DNA, switching off activities that increase inflammation and altering how certain enzymes suppress parts of a gene’s typical activity.

Telomerase, a molecule that helps preserve genetic structure during cell division, is enhanced so that cells can continue to divide and duplicate themselves, essentially preserving the integrity of the body’s tissue–the opposite of aging.

As they point out, scientists still require longitudinal studies over a period of many years to confirm and solidify these hopeful findings. But the evidence seems to be growing that the Dalai Lama knew what he was talking about when he said to throw out anything in his religion that wasn’t confirmed by science.

I look at meditation as another remarkably helpful tool toward making people better, healthier humans. So try meditation. You may find that during the rest of your life, it’ll be easier to practice the constant choices that make someone else’s life a bit or a lot better.