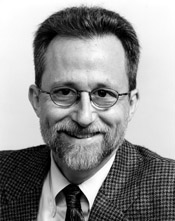 B.F. Skinner, the father of behaviorism, titled his seminal work, Beyond Freedom and Dignity. The title gave away his central thesis, that we are utterly determined to behave in certain ways by our previous “conditioning.” We have no free will, and thus no dignity. We are essentially automatons, and if we want to improve our behavior, we must simply alter our conditioned responses to various stimuli through rewards and punishments. It seems many scientists, at least the most vocal ones, agree with Skinner that free will is an illusion.

I happen to think there is a paradox at the heart of this essentially philosophical question. Regardless of whether or not we have freedom of choice or are completely pre-determined in our behavior, the cultivation of a belief in free will might actually be the one form of conditioning that enables us to make better choices.

A column last year in the New York Times took an obliquely similar stance, suggesting that we need to have a kind of double-vision on this issue. The author, Eric Parens, calls it “binocularity.” In simple terms, he says we don’t need a supernatural, spiritual agency (unconditioned by the physical world) behind our ability to make free choices. As he says of those who see free will as an illusion:

We can uphold, on the one hand, the chain of cause and effect found throughout the natural world, and yet, at the same time, experience a crucial hesitation when we reflect over a tough choice. This subjective hesitation opens up a stillness of mind, out of which might arise a genuinely unconditioned choice. That experience of self-awareness before choosing one path or another can be cultivated — often through religious practices such as prayer or meditation, a way of quieting the mental processes behind our reflexive everyday routines. In that state of calm, impartial awareness, the rightness–the goodness — of a particular choice can become far clearer and more motivating than whatever selfish or destructive gratification that might have been urging us to act.

Krishnamurti was a spiritual thinker who refused to adhere to any religious tradition, but spoke in ways that were fairly consistent with many elements of Buddhism, Hinduism and Christianity. He asserted repeatedly in his talks that self-awareness was the only way to awaken “intelligence” or insight into a meaningful path in life. He said the ability to see the entirety of one’s own selfish behavior was the only way to change it. It was a different kind of “binocularity”: on the one hand seeing life through your own selfish purposes but at the same time becoming increasingly, impartially aware of your mind’s responses and thoughts. This seems to run parallel to this author’s sense that biological determinism could be largely true for much behavior, even through a clear-sighted awareness of it could enable a person to short-circuit the chain of cause and effect, desire and destructive gratification. In other words, we can have two visions of ourselves, one as habit-governed creatures of conditioned response, as we are throughout much of our conscious lives, and the same time, increasingly aware of the harm we cause, as we’re doing it. For him that awareness itself would transform a person’s reactions and responses in the world–so that choices can become wiser and more compassionate.

To stand back from your own impulses and behavior, and observe them impartially, seeing them precisely for what they are, automatically brings with it a new perspective, with fresh possibilities. The more this sort of self-awareness offers a lucid view of the consequences of our choices, the more breathing room it opens up for change. Whether this belief in personal freedom is an actual reflection of “real” free will or not almost doesn’t matter: a belief in it can itself become a conditioning element that generates better behavior. And that’s the paradox inherent in human will and human thought. If you believe you are free, you are more likely to make better choices and recognize your ability to improve your life and the lives of others–even if that belief in free will itself is simply a response rising out of past experience. A behaviorist might say our faith in free will is simply a conditioned state of mind we call a sense of responsibility. Yet the reality is that our core base instincts do not have to dominate us. Within us is the potential for good, caring and loving behavior that can be cultivated through what we experience as choice, regardless of its biological basis. The struggle of choice makes us human and an increasing awareness of the nature of our choices, call it free will or not, can become a path to bettering ourselves and the human condition.