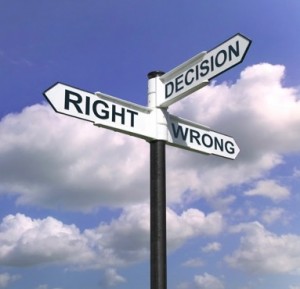 I’ve spent most of my life pondering the significance of good and evil. The origin of evil became something of an obsession for me as an adult, after having seen its face close-up during my childhood in Romania under the Communists. Decades later, here in America, I came to a sense of resolution about what I’d suffered, and what I continued to see around me in the behavior of others — and sometimes in my own behavior. I recognized how evil is actually a form of survival behavior. What enabled us to stay alive, prior to civilization, is now holding us back in our quest to make a better world. Evil is mostly a way of staying alive that doesn’t work the way it once did.

This understanding of evil enabled me to strengthen my faith in God. I see Jesus, and other great spiritual teachers, as models for what we can become, by evolving beyond this kind of obsolete survival behavior. By imitating them, we become closer and closer to the ideal they represent. We diminish the evil, in favor of the good. Yet I’ve also come to realize that faith isn’t fundamentally about morality. Being good isn’t the goal. Getting closer to God is. Doing good is the outcome of faith, not the purpose of it. In a sense, faith is about going beyond good and evil.

If I’d heard you assert that only 10 years ago, I would have been wary. To say that we need to go beyond the categories of good and evil sounds suspiciously like a justification for moral relativism: there is nothing either good or bad, but thinking makes it so, said Hamlet, whose tragic flaw was over-thinking. Yet there was wisdom in what he said, going back to the Stoics. It isn’t what happens to you that matters as much as how you react and what you think about it. Faith is a way of rising above behavior imposed on us through social conditioning. I had a conversation with an old friend, the Reverend Albert “Penny” Pennybacker, recounted in The Constant Choice, in which he told me:

Dogma is what kills Jesus. One of the repeated images in the New Testament was putting the needs of people ahead of the restrictions of the Sabbath. Religious perfection, according to the rules, is not the goal. It isn’t about impressing God in order to get a reward. My job in life is to embody and act out the love of God, as I understand it. Love your neighbor. Love your enemies. Love everybody. Pray for your enemies. We love our enemies because God loves our enemies.

This is a radical way of rising above distinctions of good and evil. Dogma, for Penny, would dictate hard and fast rules about what a person should and shouldn’t do and think. This is right; that is wrong. For him, faith was about putting all that behind you and replacing it with love, for neighbor, for your enemies, for the evildoers. Good and evil becomes irrelevant in the context of this higher love and wisdom. The point is to undergo a complete personal transformation, replacing various selfish pursuits with only one higher pursuit — to will one thing, which is compassion. One outcome of that transformation is a new ease in doing what’s right, simply because it’s the only way to demonstrate the new sort of love that comes into your life through faith. When Jesus said, “judge not” he was essentially saying, go beyond your distinctions between good and evil and love everyone, as you would have them love you.

This isn’t the same as saying, forget about all those bourgeois rules of right and wrong and simply “do whatever you want.” Instead, it reverses the common sense notion that if you do good long enough and often enough you will find a more blessed way of life. It’s reversing the sequence. Find the blessing first, the love at the heart of it, and the goodness will follow of its own accord. Paradoxically, the good works happen naturally, if you quit trying to be good and simply focus on being closer to God. Evil, in a way, becomes almost irrelevant, because the compassion that governs your life sees evil not as something to be reviled but as an obstacle. To someone with faith, evil is little more than a distraction, a detour away from a selfless, more loving way to be human. Do you see faith’s relationship to good and evil the same way?