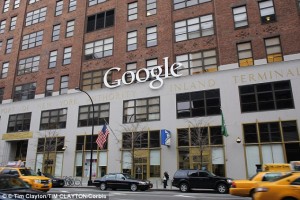 I’m always on the lookout for little green shoots of sanity in the world of business. In a realm largely devoted to enriching its investors and top executives, occasionally a business — even one with a household name — will do the right thing. Few public companies now take all stakeholders into consideration when they shape their business strategy: communities, employees, customers, relegating shareholders to their proper position as only one interest group among an entire ecology of interests. A few years ago, Google did something remarkable, considering the way most corporations consider “business as usual.”

Here’s how it evolved.: In April 2011, Google experienced a remarkable increase in revenue — 27 percent with a 17 percent leap in income. The problem was that it didn’t live up to the expectations of stock analysts. It’s stock fell. Analysts were not only displeased by the inaccuracy of the forecast — even though the results were astonishingly good — they quibbled with Larry Page’s decision to reward employees with a 10 percent raise. He also hired another 1,900 new workers. In a conference with analysts, he snubbed his nose at all of them by announcing these moves and then shut down the event after rightly calling the companies results “tremendous.”

No CEO of a public company wants to alienate the stock analysts. They have too much sway over stock price and, therefore, shareholder satisfaction. But Page’s move was a corrective one. In The Daily Beast, Roger Martin offered a great glimpse into the big picture here. The game, he said, that Google was refusing to play was the one where shareholders continually ask for better and better results, quarter by quarter, forcing companies to eventually do anything and everything to goose their bottom line. That often means shutting down crucial lines of business, laying people off, cutting not just fat but muscle and bone from the company’s operations. It’s destructive to everyone except those shareholders who simply want short-term gain regardless of how it cripples a company down the road. The only way to keep increasing the share price is to fuel expectations of greater returns — even though a healthy company can go through long periods of steady-state profit-making. That’s good for everyone, but the greedy shareholder who isn’t willing to hold stock for years and watch the company’s value steadily and slowly go up. (Google wasn’t offering dividends so a greedy shareholder would want only a steadily increasing stock price.) So these shareholders keep demanding pleasant surprises and when that becomes the focus for management, the real goal — producing value for customers — can quickly get obscured.

We’re heading down the same road — we never really got off it. The quiet emergency we face in our economy and in the world of business management is to find a new GPS with which to guide our growth. Keeping shareholder value — and by that we now mean short-term growth in stock price — as our lodestar in the executive suite will only widen the perilous income gap in the developed world. And it will also lead to bubbles in stock price that always burst. Google, and some other companies, are apparently waking up to the this and taking steps away from the quarterly report mindset that is a central part of what’s eroding our economy.