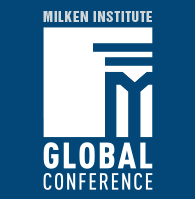 I believe the American economy can do some crucial things to put itself on a much more robust path toward growth. First, though, we all have to get a clear picture of what’s kept the recovery so frail since 2008 — factors in place long before the near-collapse of the financial system. The economy has shown modest signs of recovery for quite a while, but most people share my skepticism about the possibility for robust, long-term improvement given the course we’re on. A good friend, Alan Schwartz, now executive chairman of Guggenheim Partners, held a panel discussion recently about our economy at the Milken Institute, with representatives from both left and right. It’s a probing and perceptive talk, in a friendly, collegial tone, and it gets to the heart of a number of things. He was joined by author Edward Conard, Robert Doer, American Enterprise Institute, author Christya Freeland, and Jared Bernstein of the Milken Institute.

Two observations during the discussion summed up the paralysis we’re experiencing right now:

1. “There has been a massive increase in the supply of labor.”
2. “We are overflowing with risk-averse capital.”

In a nutshell that’s a clear articulation of the idleness at the heart of our economic stasis: an excess supply of idle labor and capital. We need to connect them. We need to find ways to distribute wealth through employment and new ventures, and yet, with an enormous pool of capital squirreled away, our engine is running but the car’s going nowhere. We don’t seem to have the will to risk readily available cash by investing it in job creation.

The panel agreed on a number of things no one disputes: The income inequality gap has been rising for the past couple decades. The ascendancy of technology and global competition has created a domestic labor surplus as people are replaced by machines and jobs are shipped offshore. Immigration and the entry of women into the workforce have added to the too-large labor pool. The boom in the financial sector has enriched those with capital, while wages have stagnated for everyone else. “There has been a massive increase in the supply of labor, independent of what’s going on at the highest end,” Conard said. Opportunities have dried up for young people at the lower end of the income scale and their education has suffered because their parents can’t afford to pay for goods that can turbo-charge their educational experience–goods that wealthier families easily afford.

Conard maintained our economy has continued to grow, helping everyone from top to bottom–growing more strongly than Europe and Japan, because of our innovative skills. From the liberal side, Bernstein said, “I don’t accept that the trend of income concentration (at the top) is redounding to the benefit of the low-income people. GDP is slower. Productivity growth is slower. Job growth is slower. Unemployment is notably higher (that in any other era.)”

The panel had some very tentative suggestions on how to move forward.

While incomplete, their advice was spot on: we need to focus on innovation. “It’s the one thing that’s kept the growth rate up,” Conard said. “The talented one percent is able to say to investors, I’m taking bigger share of the gains because without me you get no gains.”

Second: we need better mobility up the income scale. As Bernstein said, “The antidote to higher inequality is higher mobility. If the floors of an apartment building are farther apart, you need a faster elevator.” Freeland, the liberal Canadian, sounded conservative when she agreed: Do everything you can to improve mobility and opportunity. As the gap is bigger it has to get easier and easier to get from the bottom to the top: you need more and more meritocracy.” And the liberal Bernstein, as well, said: “Our tax system could be more progressive, but I think the key is… ideas that generate a lot more employment opportunity in the bottom 70 percent, better job quality, higher minimum wagers, lower trade deficits.”

Innovation, education, opportunity: these three common themes came from both sides of the economic/political divide in this discussion and the focus was on all that capital sitting on the sidelines. Left for future discussion was how to ignite that sort of growth by luring investment in wages and jobs. As Conard put it: “We are overflowing with risk-averse capital. The only use we could find for it was to give it to subprime homeowners. The corn is sitting in the silos. It isn’t trade, it’s trade deficits, and that’s where we can relieve a lot of pressure on the middle class and nobody talks about it, left or right.”

In future posts, I’ll have more specific thoughts on how the private sector can help lead us out of our economic crisis. It’s really up to those with the money to recognize that they have to lead the way with steps that will spur growth and profits down the road for the benefit of the many, not just the few. What’s required is courage, commitment and patience. The results aren’t going to be immediate, that’s really the challenge, given our engrained focus on quarterly results, yet the time to get started was yesterday. There is a huge risk of waiting too long. History is full of nightmarish resolutions to the sort of income gap we’re struggling with now.