A Long Path to Perfection 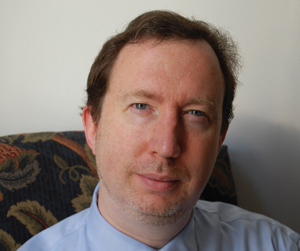 We don’t make much of a fuss about saints in America. We talk more about movie stars, rock gods, media darlings, and YouTube celebrities. Heroes are another matter. We do believe in heroes. Saints? Not so much. I wonder if it’s partly because our game is often about elevating someone only to pull them down when they’ve revealed the fact that they’re as human as we are. Martin Luther King, Jr. comes close to being a saint in the popular imagination, but we have to qualify his sanctity by acknowledging his romantic diversions. If we elevate someone to high status in the public eye, give it a few years. We’ll find something wrong with them; often because they’ll be busy doing something that offends us. It’s a national sport, this conviction we have that everyone is flawed, if you just dig deep enough–and that eventually the flaws matter more than the achievement. Everyone is flawed. But realism and hope don’t have to be mutually exclusive outlooks. We can be honest about how far human nature has evolved so far, at this stage of our development, and how much further we can go. We can be deeply broken and still aspire to wholeness. Ben Franklin spent his life keeping track of his moral failings, in a little notebook, in order to eliminate them, and finally decided that moral perfection was utterly impossible. Yet he noted that his attempts and inevitable failures to become perfect had actually changed his life for the better.

Douglas T. King from Brick Presbyterian Church, here in Manhattan, reminded me of this in a recent sermon he did on sainthood. Normally, I don’t think much about sainthood, probably because it’s so far out of my wheelhouse, personally. It’s related to the word sanctity, which is at the root of the word sanctimoniousness, which is a quality that never gets too far in this world. It’s easy to think it’s impossible, in this life, to become perfect or holy. But this is a different angle on the idea of sanctity. The sermon’s about a tax collector named Zacchaeus in Jericho. Back in the day of the New Testament, tax collectors had an even worse reputation than they do now: they took a bigger chunk of what you had, and they gave you almost nothing in return for it. Essentially, they collected a huge, unfair profit margin off your earnings. (Sadly, usury survives today among unscrupulous loan sharks who prey on addicts, the homeless, and anyone desperate for cash.) One of these parasites was about as tall as Danny De Vito, but he was obsessed with Jesus, so he climbed up a tree to get a clear line of sight. Jesus spotted him overhead and admired the enthusiasm, so he went home with this pariah. (He tended to hang out with precisely the people everyone else avoided.) The crowd protested. The man was a rich, cheating thief who lived unfairly off what little they could save. Zacchaeus heard their protests and pledged to give what he had to the poor and make amends to anyone he had cheated, now that Jesus had accepted him.

King says this is a story about forgiveness, and then sanctification. In other words by invited Jesus home with him, a tax collector has stepped onto the path of sainthood. I’d never thought of it that way. I’d thought of sainthood as a state of being, not a choice, not a process–for me, what enters this tax collector’s life is the possibility of perfection. The encounter with Jesus was a moment of enlightenment, an epiphany. From that moment on, the tax collector realizes he can act differently. He can make new choices. Maybe he did become perfect eventually, but what mattered was his choice to move toward the perfection embodied by Jesus, St. Francis, and many other figures throughout various religions. I, for one, can identify just as much with Ben Franklin’s notebook of imperfections: even without the notebook, I remember most of them vividly.

This story represents a collaboration of hope and humility: you offer Jesus a place to stay for the night, and you hope that your houseguest will teach you through example how to become more like him tomorrow. That’s where this story dovetails with how I look at the constant choices we need to make every day. I have a simple conviction that by making small daily choices to do the right thing you give yourself the strength to make the bigger choices for good when the time comes. Call it habit. Call it character. Call it whatever. King would call it sanctification. Until now, I’d have thought that’s an over-reach, but maybe not. We aren’t perfect, far from it, but I do agree that we’re perfectible, and it’s no fantasy to aspire toward the state achieved by Jesus and the saints and other esteemed spiritual teachers in other parts of the world. They mastered themselves; they overcame their imperfections, until their true nature revealed itself in everything they did. They weren’t a different species; they weren’t born on a different planet or a different plane. They represent what we could be now, in this life, through our own choices. We’re all saints in the making. We just need to grow up. As King says about the tax collector:”The salvation was there for him all the time. In the midst of those actions his eyes were opened just enough to . . . find his feet on the pathway to sainthood.” I would add: one step, one choice, at a time.

For must of us, the journey doesn’t end in our lifetime. But we can progress and in fact make an impact on the human condition. Yes, our impact may seem small. But if many, or most, of us do it–after generation upon generation, the entire herd can get there. Shouldn’t we commit, in our own individual way, to start along this path, or continue on it, if we’re already heading this way? Is there really a more meaningful alternative?