Manufacturer on a Mission 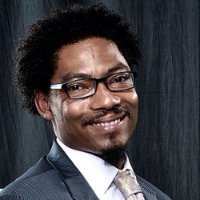 I tend to obsess on the need for ordinary people to step up and do something good for other people, outside the daily routine. I’m often surprised and gratified to discover how many folks are already doing good things above and beyond their work and family lives. I stumbled onto a perfect example of this the other day: a executive named Eric Logan who helps run a company that makes metal alloy parts for aerospace and energy industries. You’ll find one of their parts in nearly every aircraft in the sky. The details of his career are remarkable enough. It’s why we spoke with him — to give readers a glimpse into the amazing results of a program I’ve already written about, A Better Chance. It identifies gifted students of color in middle schools and junior highs and then ushers them into the nation’s best schools. This wonderful program gave Eric the break he needed as a teen and helped make his remarkable success possible. It also turned him into a man who is trying to make the world a better place, on his own time, at his own expense, and on his own initiative.

First, the stellar resume. When Eric was junior high school student in Cleveland, recruiters from Exeter and A Better Chance came looking for the best and brightest. As he puts it: “Let’s be clear. I was 13. At that age, I suddenly knew more than my mother, and at Exeter, I would be away from my mother’s rule. Secondarily, there would be girls there. Armed with that decision-making criteria I went home incredibly motivated to go to Exeter.” When he realized that Exeter was one of the schools where ABC placed deserving students, he signed up with ABC as well. It was a winning combo, and ever since he has credited ABC with his enrollment at Exeter. What followed was exactly what ABC hopes to achieve with its graduates: Eric earned an engineering degree from Stanford that opened the door into a career in metallurgy. Over the past two decades, he headed up the ladder to his current position leading a global division for PCC Forged Products. And he isn’t even 40 yet.

Here’s where his story got even more remarkable. Eric’s success demonstrates that American heavy industry hasn’t actually died. His company is built around what is essentially a centuries-old practice: the art of crafting things from heated metal. The terms metallurgy and forged products may conjure up a blacksmith with his hammer or grimy, hot factories with huge pots of molten iron shooting sparks. It should because those are the roots of his company’s expertise. In fact, when Eric left his previous position at PCC, he was awarded a prize for his service: an anvil. Yet though the industry still does, in an advanced way, what a blacksmith once did, it’s highly automated, incredibly sophisticated and produces parts within the fine tolerances required to keep human beings aloft and alive at 30,000 feet. It requires highly skilled workers, who have sophisticated training. , “I graduated with a degree in material science, and I was the only one who went into metallurgy. Everyone else went into semiconductor technology or something like that. I got into hot and mixed chemistry.”

Over the years, his work has opened his eyes about the economic potential of heavy industry and manufacturing on American soil. “So often we have the belief that manufacturing is dead in the U.S. and it’s not. It’s a huge opportunity for anyone looking for a career. We simply need innovation to create new manufacturing jobs. It has become just as affordable to do it here as it is in China. With automation, labor costs have become much less significant.”

And that’s the message he’s been taking to young minds in Cleveland for many years now. He has gone back to the scene that changed his life, the city’s middle schools, and has spoken with groups of students about the advantages of going into manufacturing — or even choosing a trade school rather than a college. He tells them that the average NFL athlete lasts 1.6 years before he’s retired, and then he does the math on money to be made in a 40-year career in manufacturing. The choice is obvious. He’s trying to do what ABC did for him at their age: steer young people onto the smartest path. He’s teaching students that our star culture is a delusion. For most of us, only hard work and smart choices will win the race.

“I coached a football team in Cleveland for a little while. These were nine-year- olds, and they were starting to do all this fancy stuff, catching a ball with one hand. I said, ‘We’re not going to play with any balls.’ What? For the next two practices, I coached with no balls. These were quarterbacks, receivers, but no balls. Parents complained. ‘How can you teach them how to play football if they don’t have a ball?’ I said, ‘How many people are on the field at one time?’ Eleven? No. Twenty-two. ‘How many are touching a ball?’ One. You’re telling me twenty-one people on the field are doing absolutely nothing? Everybody wants the glory. Everybody wants to do the fancy stuff. We need people teaching kids how the world really works.”

If Eric finds a way to carry his life story and this teaching to a wider audience, he could change many, many lives, the way ABC changed his.