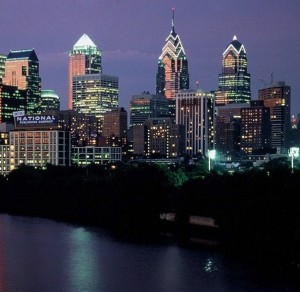 Philadelphia has initiated a plan called Shared Prosperity to fight poverty and stimulate job growth. The way it has rolled it out offers a model for other cities that want to get the most out of their social and economic programs. The City of Brother Love has been especially hard hit by the recession since 2008. It has the worst poverty rate of the ten largest cities in the U.S. More than a quarter of its population live below the poverty lined, which is the highest rate among the ten largest cities in the U.S. Nearly half of them live on a fraction of the income required simply to hit the poverty threshold, as set by the federal government. You could have two of these individuals living in one residence and still not have a household income above the poverty line. This is deep, chronic poverty, the sort of urban economy that has plagued Rust Belt cities like Detroit for years. It’s economic quicksand. Philadelphia added 1,400 jobs in 2012, but total employment has never reached the city’s 2008 numbers.

Shared Prosperity, created by Mayor Michael Nutter is driven by a new Office of Community Empowerment and Opportunity. It’s designed to increase the number of entry-level jobs, help give a fresh start to those with a criminal record, and inform those below the poverty line what sort of services and aid are actually available to them through block grants and other programs.

This last function of the program is what lifted my spirits. No matter what government does to help people get ahead, if the word doesn’t get out, if people don’t know what’s available to them, it will have little impact. People need to know what they can do to build a better life, and if the government is there to help, well, it helps to know that. Philadelphia recognizes that the biggest obstacle to success for Shared Prosperity is the knowledge gap: many people who qualify for help simply don’t know that it exists or they don’t know how to get it.

The New York Times has reported that Philly is solving that program by reaching out in an organized way to its citizens. “An array of public and private agencies provides different services in different locations. Many poor people here are not getting the assistance available to them that could help them find work or qualify for benefits.” So the city has created local neighborhood outreach centers that offer “one-stop shopping” — food, housing, job training, financial counseling, child care, and other services, all in one place. It’s already reaching and helping who live in the city’s poorest neighborhoods. The Timesdescribes how Cola Dockery was released from prison in February after serving a few months for burglary and has been living in a homeless shelter since his release. The Shared Prosperity program provided him with Internet access he needed to quality for jobs, enabled him to apply for food stamps, and offered mentoring and encouragement from city staff. Next, he was able to set up a bank account and learned how to obtain free bus tokens for transportation to job interviews.

The outcome: He’s now working in a kitchen at a local college, earning $250 per week. Clearly, that doesn’t lift him above the poverty threshold, but he’s employed, productive, and on a path toward a better life.

Philadelphia is thinking positive about the program’s future. It hopes to stimulate 25,000 more jobs by 2015.

Doesn’t this seem like a plan that ought to be adopted in cities across the country? Often it isn’t enough to create programs to help people in need, the most crucial step is making sure those people know there’s help out there. Philly ought to be a bellwether for a dozen other municipal programs like Shared Prosperity.

This is a challenge for all of us to ponder. As citizens, what do we want our governments to do? What role should the local, state, and federal governments play? Did the office holders of the City of Brotherly Love feel the common good was part of their responsibility? They must have looked at all their fellow citizens as a family. When brothers and sisters are in trouble, a good family reaches out to them. Governments, at the local, state and federal level, should recognize that their first priority is looking out for the people who established and elected them. With fiscal prudence, efficiency and measurable results, may Philadelphia keep on doing exactly that.