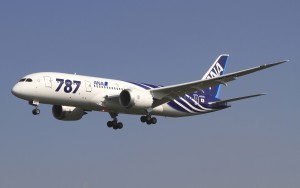 When Boeing merged with McDonnell-Douglas in 1997, there ensued a cultural power struggle between Boeing engineers and McDonnell-Douglas bean counters. If I say Wall Street won this battle, will that tell you who came out on top? In the end, Boeing went against the grain of its deepest cultural values by outsourcing nearly two-thirds of the manufacturing for its innovative, fuel-efficient 787 Dreamliner. Until the merger, Boeing had kept its engineering and manufacturing in house, closely guarding quality in the production of the jet. But after the two companies became one, it found itself catering to Wall Street’s demand for a greater return on assets.

As James Surowiecki wrote of the project, it has “become an object lesson in how not to build an airplane. Boeing didn’t just outsource the manufacturing of parts; it turned over the design, engineering, the manufacture of entire sections of the plane to some fifty ‘strategic partners.'”

This blunder led to enormous cost over-runs and a series of dangerous fires in the lithium-ion batteries that power the jet’s braking, pressurization and air-conditioning. Recently, the Soros Fellowship sent me a link to a Harvard Business Review piece by one of its fellows, Gautam Mukunda, a professor of organizational behavior at Harvard, which uses the Boeing debacle as an object lesson about something even bigger: the financialization of our economy. The pressure on Boeing to improve RONA (return on net assets) motivated the company to loosen its ability to monitor costs by relying on a complex network of suppliers.

The larger point of the article was that Wall Street has been having this effect on American business for many, many years: pushing companies to maximize short-term shareholder value at the expense of what has made our economy great: our ability to turn a profit by creating new value, not simply by distributing wealth. Mukunda says that Wall Street keeps growing in size as a proportion of our GDP–while the rest of creative economy shrinks.

The push to get the most profit from the least investment in assets doesn’t simply hinder innovation. Throughout the economy, it draws investment away from creative new ventures–quality engineering for example–and into the whirlpool of financial engineering. As he puts it, our economy is becoming just as financialized as 14th century Spain, 18th century Netherlands, and Great Britain during the past two centuries. “The financial tail is wagging the economic dog. When private sector credit reaches 80% to 100% of GDP, it inhibits growth and increases volatility. In the U.S., in 2012, private-sector credit was 183.8% of GDP.”

Clearly, we need major changes in our vision of America’s economic future. Shareholder primacy at the expense of all other stakeholders leads to disaster. Common sense regulations to curb excesses ought to be put in place, but the more important issue is how to reshape the focus on short-term shareholder value. How can we encourage corporate leadership built around long-term growth and the creation of new value through innovation?

“In the aftermath of the 2008 crisis, the financial system perhaps was too fragile to risk reforms . . . In 2013 it was doing well enough that the average Wall Street bonus was $164,530–the highest since 2007. We continue, however, to face chronic unemployment, slow economic growth, stagnant median incomes, and every other characteristic of a wounded economy that has limped on for so long that it threatens to become the new normal.”

Under the existing power structure, where money holds the power in Washington, and where lobbyists work feverishly to maintain the status quo, on behalf of Wall Street, reasonable but significant changes such as these require leadership. He points to the leadership of Abraham Lincoln during the Civil War and F.D.R. during the Great Depression, yet I think the leadership needed to turn this economy around should come also from the executive suites of our major companies. Our CEOs and CFOs need to start pushing back against the sort of myopic greed that drives a company like Boeing toward the disaster of the 787. If they do, we’ll have an opportunity to see the creative economy begin to grow, once again, with shareholders who realize that the long-term prospects for their companies are what matter most.