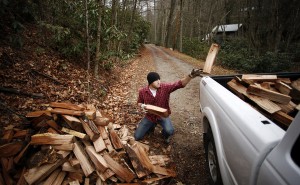 A story about college debt in a recent New York Times opened with this arresting first paragraph: “If Steve Boedefeld graduates from Appalachian State University without any student loan debt, it will be because of the money he earned fighting in Iraq and Afghanistan and the money he now saves by eating what he grows or kills.”

That sums up beautifully what is so impressive about this young man and his financial gumption and independence. His parents would have loaned him the money for college, but he refused and joined the armed forces to save up enough for college on his own. I could retell his story in my own words, but the Times did it perfectly in just a few paragraphs I’m going to offer here. It’s an old-school approach to success in hard times that shows incredible enterprise and initiative—conservative virtues that many may think are anachronisms now—combined with a reliance on government support, in this case, through the G.I. Bill and, essentially, a government job, in the military. No one can read this account and come away thinking anything but that Boedefeld is some kind of model for what it means to be good in these lean times.

Steve Boedefeld’s solution was to earn much of the money he needed before he got (to Appalacian State). A native of Ridgedale, Mo., he was a straight-A student in high school and an avid reader of military history, particularly Vietnam chronicles. “I remember reading all of those books,” he says. “And I didn’t want my grandson to look back and ask me why I didn’t go when my country was at war.” The financial benefits to enlisting with the elite Army Rangers were attractive, too.

“My folks tried everything to keep me from joining the Army,” he says. “They told me that I could go to school wherever I wanted and that they would pay for it. But I was pretty much dead-set that I could do it on my own. Their parents didn’t float their bill, so why should I be different?”

Mr. Boedefeld enlisted in 2006 and finished his service in 2010, after three tours of duty in Iraq and one in Afghanistan, each lasting three to six months. The discipline that allowed him to endure Ranger training and survive combat has carried over to his financial life. As a soldier in a war zone away from his wife, Jennifer, he earned as much as $5,000 a month, much of it tax-free thanks to longstanding rules governing combat pay. They put away $10,000 to $15,000 annually. “One of my friends calls me an economy killer,” he said.

The Boedefelds arrived in Boone with enough money for a down payment on a fixer-upper. They moved there because Appalachian State offered a degree in renewable energy that interested Mr. Boedefeld, now 25. He joined the North Carolina National Guard to get in-state tuition rates, and his service enables him to buy reasonably priced health insurance for his wife and two sons.

With his National Guard service, his $2,000 a month or so in G.I. Bill benefits and the $10 an hour he makes working 15 to 20 hours a week for an electrician, the family is debt-free, save for their mortgage. They have found a number of low-cost ways to stretch the budget they keep posted on the refrigerator.

“We definitely live on what we can grow in the garden and what I can hunt for,” he says, over a dinner of homemade venison enchiladas topped with salsa made of vegetables from the garden outside. “I try to plan so that we make at least two deer meals a week.”

He is also known in the neighborhood as the guy to call when a tree is down. He cuts and splits it to fuel the wood stove that heats the family’s house.

Even after all of the chopping, hunting and parenting, Mr. Boedefeld is on schedule to graduate in the spring and hopes to teach technology, engineering and design to high school students. He has maintained a 3.8 grade-point average, in part by having little contact outside of class with other students.

He worries about those who arrive on campus without any direction. “I think some students are naïve,” he says. “It’s half their fault and half because they just don’t know what college is meant for. People are going to school because they think they should, when you should go to school for an investment.”

Do you know any other young people, like Steve, who are finding ways to get through college without leaving themselves in debt to the tune of $100,000 at the end of four or five years? Not everyone can become a Ranger doing duty in a war zone overseas. Are there other ways to pay off at least part of the tuition bill without having to borrow?