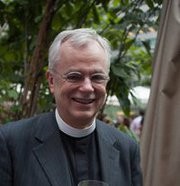 A recent sermon at St. Bart’s by Buddy Stallings spoke eloquently to me about spiritual pride and how it’s holding all of us back. It’s called “A Simple Story Hits Home” and is essentially a lesson in how to live without looking down on anyone else. That’s an idea most of us would endorse, on principle, without quite realizing that much of our thinking and behavior violates it every day. We all think we’re better than countless other people in some way or another –usually people in some group we oppose. This can be especially true among religious folk. All of this is ironic because most people who consider themselves spiritual probably pride themselves on being fair-minded and compassionate and tolerant.

In a similar vein, my good friend Gail Blanke described brilliantly the ugly side of our zeitgeist:

“Hitting below the belt seems to be de rigueur lately. ‘Confrontational’ doesn’t even begin to describe how many of us behave in what are supposed to be reasonable, ‘fact-finding’ conversations. ‘Conflagration’ seems a more accurate description. Political posturing, playing only to one’s constituents, making the other person look not only like a gross incompetent, but a purveyor or evil, isn’t part of our everyday personal experience — hopefully. If we’re not vigilant, our voices become shrill, our conversations turn sarcastic … and we become what we hate.”

Buddy Stallings acknowledges all this and starts by being honest about himself. He admits to being fully aware of how he secretly harbors disdain for certain other people. And he sees the same secret pride all around him, especially in church. He built his sermon around an incident in the Bible where Jesus comes across a Pharisee who stood in public and prayed loudly: “God, I thank you that I am not like the rest of men, extortionists, unrighteous adulterers, and this tax collector.” He points to a man on his knees who was praying aloud for mercy. “God be merciful to me, a sinner!”

Jesus, of course, sees authenticity in this tax collector’s penitence and humility. By contrast, the Pharisee, who follows all the rules, proud of his goodness, is on the road to spiritual ruin. Stallings suggests the Pharisee may not have been such a bad guy, and was probably well-meaning, but in denial about himself. And tax collectors back then were justifiably hated. Taxes were punitive in that day.

“Taxes were way beyond what the Tea Party could imagine and the services derived from them weren’t available to the poor,” Stallings said.

So the moral complexity of the story causes Stallings to ask himself whether he should identify with the Pharisee or the tax collector, or a little of both?

“Many of us say, ‘thank god I’m not like that Pharisee.’ We feel best about ourselves when we feel there are those who are much worse. We use shorthand to understand ourselves in relation to other people,” he said.

In other words, when we disapprove of the Pharisee, we become the Pharisee. “Thank God I’m not like that Pharisee” just as the Pharisee thanked God that he wasn’t the tax collector.

Stallings goes on, “Nowhere is it more obvious than in the political discourse in our country. Both sides do it. I do it. I know I do it. My side, your side, is at its best when it’s about condemning the other side. Small wonder there is so little room for decency at almost every level of our political life. If I’m a Democrat and cannot honestly imagine a good friend who is a Republican I’m in trouble not only politically, but spiritually. It precludes the possibility of compromise on which the success of public policy always depends.”

Suddenly the story is about all of us, right now, with our gridlocked Congress, with our intolerant attitude toward other religions, other cultures or simply the other guy on the subway who voted Red or Blue in the last election. The point of being a Christian is to see Jesus in all other faces, and to serve that God, in all other lives. It’s about loving and respecting everyone who is struggling with one’s own bias and incomplete understanding. When you think you know the truth and the other guy doesn’t, you’re already in trouble.

“Jesus is trying to show us how dangerous religion can be when it becomes too certain of itself. The real heroism of the tax collector was that his energy was right where it needed to be: it was about God and about him. The Pharisee, God bless him, had succumbed to the danger of certainty about others and about himself, about his correctness and the wrongness of the other. We’re more likely to be less self-reflective in our feelings about those in our own religion who are most different from us. I’ve been convinced in my thinking there is no room for such smugness in our praying.”

It’s a great lesson we most desperately need right now. We’re all trying to find the best way forward in this country, even those whose principles seem directly opposed to our own. And if we could all see the true meaning on this little story about a faithful tax collector and the self-righteous Pharisee, we might discover that we actually could work together, as one family, toward solutions that will turn this country around.