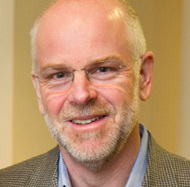 Not long ago, we attended a conference of top business school educators at Hunter College, hosted by the Aspen Institute, about the recent unethical banking practices related to the LIBOR in 2007-2008. The first session was moderated by Clayton Rose, of the Harvard Business School and he presented nothing new here, in terms of the facts: it’s all been reported. Yet it was an eye-opening exploration of what some consider gray areas in the financial world, but which strike me as simply deceptive games played by those in finance simply because they can. From the inside, it appears to be a life-sustaining practice. From the outside, it looks dangerous and improper. At least in eyes of some. I was surprised at how many top educators in the conference defended what had happened, at least hypothetically.

LIBOR is an index of what it costs banks to borrow money from day to day. It’s essentially the wholesale cost of money needed to keep banks liquid, and serves as a foundation for short-term interest rates of $350 trillion in derivatives around the world. In other words, LIBOR is a set of numbers that matter in a big way to the global economy. Thompson Reuters manages the collection and publication of the LIBOR data. They take the rates submitted by 16 banks and publish them as a best estimate of what it costs those banks to borrow from another bank on a given day. In 2007 and into 2008 the British press began to report that the published LIBOR rates were lower than the actual costs of money to banks in the surveyed pool. In other words, bankers were lying to Thompson Reuters about their borrowing costs.

As Clayton put it, this happened for two reasons: greed and fear. Banks were manipulating their estimate of these rates in order to make money on tiny fractional differences: to the tune of millions of dollars per day. For each trade, the differences were inconsequential, but in total, in volume, the profits were significant. Secondly, banks were “low-balling” the numbers they submitted to LIBOR out of fear that the true rates, if published, would put the bank at the extreme end of the daily sample, exposing how much a lender considered that bank a risk. In simple terms, the bank with the shakiest balance sheet, would have to pay more for cash, because the lender was more worried about getting its money back. By submitting a false, lower number, a bank was preserving its reputation as a sound place to put money.

In none of these instances, of course, did senior management ever leave a trail that would establish its knowledge about what was happening. The culture within and around these activities tolerated the lies because, essentially, these huge banks were “too big to fail.”

The investigation of all this has evolved over the past five years and continues to evolve. Large fines have been paid. People have lost promotions and jobs. Yet none of this was considered criminal. The question asked at the conference: was it actually wrong?

After outlining this whole tale, Rose called on his audience of top academics — who came to the conference from around the country and even Europe — for reactions and thoughts on whether or not these banks and traders had done anything bad. Yes, they were fined. Yes, people paid a price. Those are the rules when something like this comes to light. You go to the penalty box and you feel shame. Then you get back into the game. Maybe these actions enabled the banks to stay afloat at a time when they would have folded if people had been honest?

Maybe the lies were just what was needed to see a shaky economy through some rough water to a more tranquil and healthy economy ahead? In other words, what if these organizations were too big to fail and all the participants understood this as the justification for their deceptions? If a rate was unusually high — for a bank that was considered one of the UK’s finest, as these LIBOR banks were — then what did that say about the economy as a whole? “Liquidity was being ripped from these institutions. Was it wrong to misrepresent the number in order to preserve the whole system? Is there a greater good to be served through these deceptions?”

What I heard from the audience were a lot of tolerant metaphors about buying and selling houses, for example — asking prices aren’t usually the selling price. And comments about speeding on the highway — we all go six or seven, or eight or nine, miles per hour over the posted limit. “The bankers didn’t think it was cheating because everyone was cheating.” Tinkering with those numbers is just how it’s done, right or wrong. It’s how the world works. But others said just the opposite. The culture was in conflict with what was right, and the culture needed to change. The incentive system for everyone involved made it difficult not to be deceptive, because that’s how people got their rewards. And that needed re-examination.

Yet it wasn’t until the end of the seminar that I found one participant’s clear and simple litmus test a refreshing contrast to the mental gymnastics required to justify the evasions behind the LIBOR scandal. He said, “None of this would pass the sixth grader test. If I described all this to my sixth grader, just the way it’s been described today, he would say, that isn’t right.”

I think I have just expanded my vocabulary in a way that actually helps for future ethical quandaries. If it doesn’t smell right to a student in the sixth grade, then it can’t be good for the rest of us.