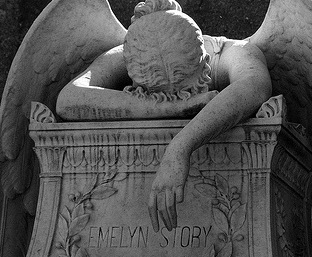 In the New York Times not long ago, Andrew Solomon wrote, with both pathos and empathy, about the psychological roots of mass killing. He adopted a contrarian angle on the whole event, and the issues surrounding it. In our rush to figure out a way of preventing future killings, he pointed out, we are ignoring how nearly impossible it can be to understand these tragedies primarily because they are the outcome of despair. Every mass killing is actually an act of suicide with a lot of collateral damage. And the origin of suicide—the self-hatred, the murderous and robotic projection of his loathing onto other people, and the point at which someone shifts from wanting to die into wanting to kill—it’s nearly impossible to isolate the outward signs of this progression from sorrow into self-destruction and then into slaughter. He writes: “If we want to stem violence, we need to begin by stemming despair.”

Despair is one of those words that can obscure rather than clarify what’s happening in another person’s psyche. Kierkegaard used it in exactly the same way: the intense desire to be rid of oneself. But he saw in this a spiritual disease, a desire to cut ties with one’s one soul, as constituted by a higher power. It was, for him, the gateway to everything evil in human choice. In our own time, it has come to mean something more clinical, closer to depression, a quality of giving up hope in any future or any sense of self-worth. Yet despair isn’t depression, which has clear clinical signs and involves a disordered brain, a storm of electrical activity that disrupts the usual reward systems attached to certain kinds of behavior. It sucks the pleasure and joy out of life to such a painful degree that an individual may want to die rather than go on experiencing a life without pleasure. In my view, despair as Solomon defines it, involves something more than this: it’s the state of a human being who has become completely cut off from an ability to see the value of his own life. In mass killings, this numbness extends to the reality of all other human lives. All of the proposed preventive measures that arose after Newtown ignored this fundamental role of despair in the killings and tried to find the causes in a variety of outside triggers: breakdown of family and divorce, gun control policies, violence in entertainment, the copycat effect generated by publicity surrounding previous killings, mapping brain disorders through imaging technology, and on and on.

Solomon’s response to all this is to advocate gun control since it can be nearly impossible to predict where and when individual despair will erupt into deadly violence. Yet he goes beyond this to suggest a cultural shift in the way we look upon all of this as a call to preserve mental health—rather than act in response to cases of mental disease. Rather than thinking of ways to identify and inoculate  society against mass killings, as in the model for the prevention of flu, we need to think the way a dentist does. We need to apply the sort of care that preserves health—to create habits that prevent or halt decay rather than wait until it requires radical intervention.  This requires individual choice from an entire population, not simply the delegation of responsibility to some government agency or social system. By thinking of ways to prevent mass killings in the future, we should regard them as instances of suicide prevention. And to head off the despair that triggers these horrifically theaters for suicide, we need to look at how we interact in our families, our schools, our businesses, our churches and communities in general. Anywhere we can increasingly choose to show care and concern and interest in another human being, we need to act on that opportunity. As Solomon points out, it’s a delicate act of balance between intrusiveness and compassion. Yet we all instinctively know how every day we can stop and help rather than walk past another human being in need. We can smile rather than scowl. We can let the other guy go first and laugh when we get cut off on the road and know that the fellow who tricked us probably needed whatever he got more than we do. Prevent despair. Give someone a reason to feel worthwhile, a reason to hope, every day.

Do you have any accounts of how you bit your tongue recently before snapping at someone who treated you badly or upset you? Do you find ways to be kind and generous with people during the average day? Isn’t easy, when you realize how often you can. It’s often the smallest gestures that can have the biggest effect on another person’s feelings and sense of self-worth. Tell us how you’ve seen this in your own life or in the life of someone you know well.