Win the game, not the point 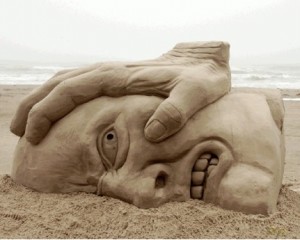 Anyone who lived through the recent election and its aftermath knows how destructive anger can be. It’s become the lingua franca of much political commentary, it seems, and simmered in the behavior of many people for weeks after Nov. 6. It also seems to be a temptation for Congress these days as we approach the fiscal cliff, though the game of chicken our lawmakers seem to continuously want to play hasn’t gotten openly vitriolic just yet. Not long ago, my subscription to Gail Blanke’s daily emails delivered me some thoughts on anger that seem especially vital right now. America faces a huge game it needs to win, and, in order to win it, the players all need to forget about scoring points: “Anger doesn’t work. It doesn’t work in personal relationships, or in business, in politics, even in sports. I remember a television newsroom at a network where I once worked where there was a “screamer.” You know, the guy who just “loses it” when something goes wrong, and rips everyone to shreds? People despised him. Good people left when they had the chance. Anger doesn’t work with lovers, kids or dogs, either. They may be momentarily cowed, but in the end, they’ll just stop listening—or leave. Anger loses votes, too. Watch the debates. Watch who takes the high road and who takes the low—who gets angry and who uses reason. Sports fans don’t like it, either. Serena Williams seems to be learning that the hard way. Here’s the thing: Anger displayed just isn’t pretty. If you’re finding it tough to keep a lid on it lately try this: when you feel a dark storm gathering inside you, hold it right there and ask yourself this: What am I committed to? Being feared or being respected? Proving how hot I can get or how cool I can be? Winning the point? Or winning the game? Then exhale . . . and go for the game. You cool with that?”